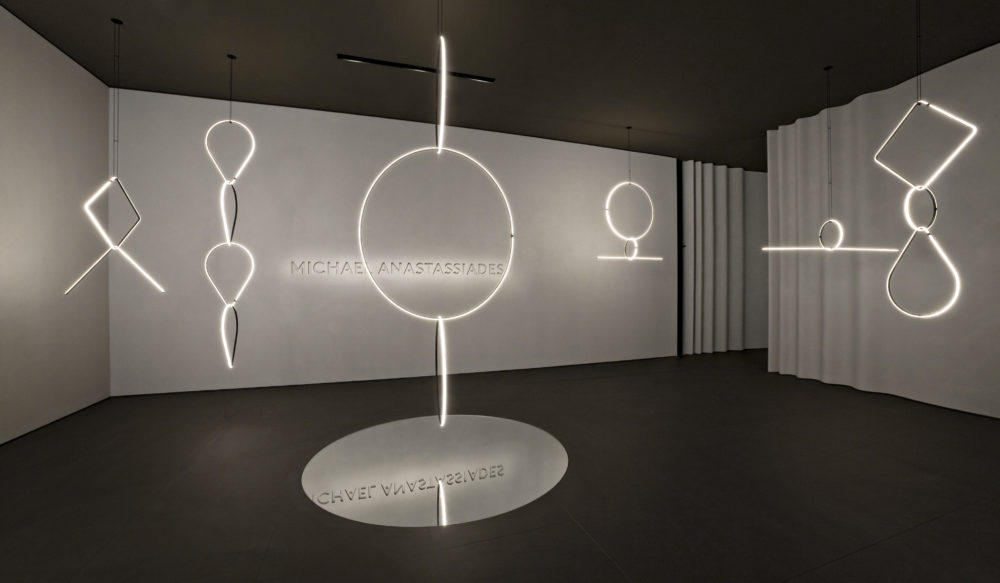 Creating timeless design of lasting value – this is the focus of London-based industrial designer Michael Anastassiades. His handwriting is reduced and produces light objects, which act through their pure presence in space.

The London-based industrial designer Michael Anastassiades focuses on creating timeless designs with lasting value. His handwriting is reduced and produces light objects that have an effect through their pure presence in the room. Michael Anastassiades is a civil engineer and studied industrial design at the Royal College of Art in London. Born in Cyprus, he founded his studio in 1994, followed by his own label Michael Anastassiades Ltd. in 2007. This is where luminaires, furniture and objects are created whose development is based on a clear philosophy: to create products of long-lasting quality and the highest design standards.

The use of authentic materials and their traditional processing play an essential role in showing materials such as glass or metal in their »honesty«. Through the medium of light, the designer adds another dimension to these elements that is not tangible but sensually perceptible. Michael Anastassiades leaves things out in his creations rather than adding something, his work is marked by conscious renunciation. This creates light objects that find their expression in an extremely minimalist form and balance of proportions. Both the »Arrangements« collection for the Italian luminaire manufacturer Flos and his own series »Mobile Chandelier« reveal a reference to the shape of a chandelier, but as a result they deliver a concise essence of it. The structures of lines, spheres and geometric forms need nothing more than their »physical presence«, as Michael Anastassiades puts it – and their effect on the viewer.

»Arrangements« describes a modular system of several geometric elements that can be combined in different ways (picture at the top). They fuse into slender chains made of matt black aluminium, in which LED strips are integrated. Depending on the model, these vary in their performance, but emit a uniform warm light of 2700 K. Michael Anastassiades transferred the characteristic of a necklace as a piece of jewellery in large dimensions to the volume of a room.

The first design for the collection »Mobile Chandelier« was created in 2008, this year »Mobile Chandelier« 11, 12 and 13 were added. In 2008, the luminaires remained very straightforward, the cantilevered width in some cases reaching just over 2.50 m. From 2015 another component complemented the design, »Mobile Chandelier« 6 to 10 show narrow or pronounced curves. The current models 11 to 13 appear more closed in themselves due to their smooth curves, which almost form a circle. The possible length of the suspension extends up to more than three metres, which gives »Mobile Chandelier« the character of a lighting installation.