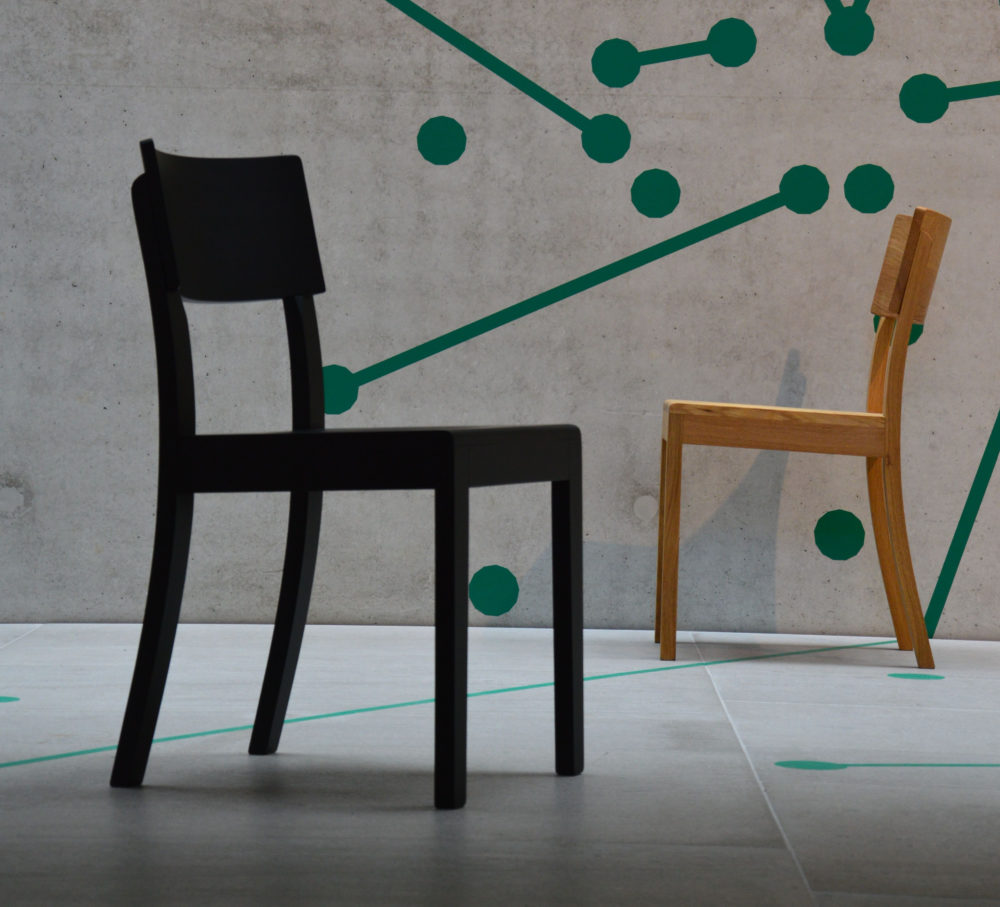 Designer Olaf Schroeder presents FRANK, a modern version of the Frankfurt chair. FRANK was shown for the first time at the imm cologne 2018 at the booth of Jan Kurtz in Cologne.

Olaf Schroeder is an industrial designer from Frankfurt and grew up with the heritage of the Frankfurt kitchen and the Frankfurt chair. Both designs have one thing in common: for that time they were considered revolutionary. Viennese architect Margarete Schütte-Lihotzky presented her »Frankfurt kitchen« at the 1927 spring fair in the Hessian metropolis. As the forerunner of the later fitted kitchen, it was intended above all to be functional and facilitate processes, which was accompanied by a very reduced formal language.

The Frankfurt chair also has its origins in this design approach and the Bauhaus tradition of following the form of function (according to Louis Sullivan). It was created in the 1930s, produced by the Stoelcker company with a design that could dispense with supporting connections similar to those of a sprocket chair. Through its simplicity and stability, this archetype found its way into numerous private apartments and public spaces in the 1950s and 1960s.

Olaf Schroeder explains: »I wanted to reinterpret the Frankfurt chair. Just as unpretentious and straightforward as its model, but with a much flatter and more graphic design. From the Frankfurt chair I developed FRANK, a wooden chair of enormous comfort. FRANK is strictly geometric from the front, the front legs clearly and flush with the side edge. In profile, it reveals its comfortable side: the rear legs merge into the bent backrest in a dynamic swing. The seat is slightly larger and more inclined, the backrest has a wider design. FRANK is a constant companion, whether at the dining table, at home or in the café. A piece of furniture that, like a good friend, naturally contributes to communication. It’s enough to say: Will you bring another FRANK to the table? This chair has its own personality.«

FRANK is handcrafted in Italy from solid oak or beech, with natural or black-stained surfaces. The manufacturer is the German furniture manufacturer Jan Kurtz.