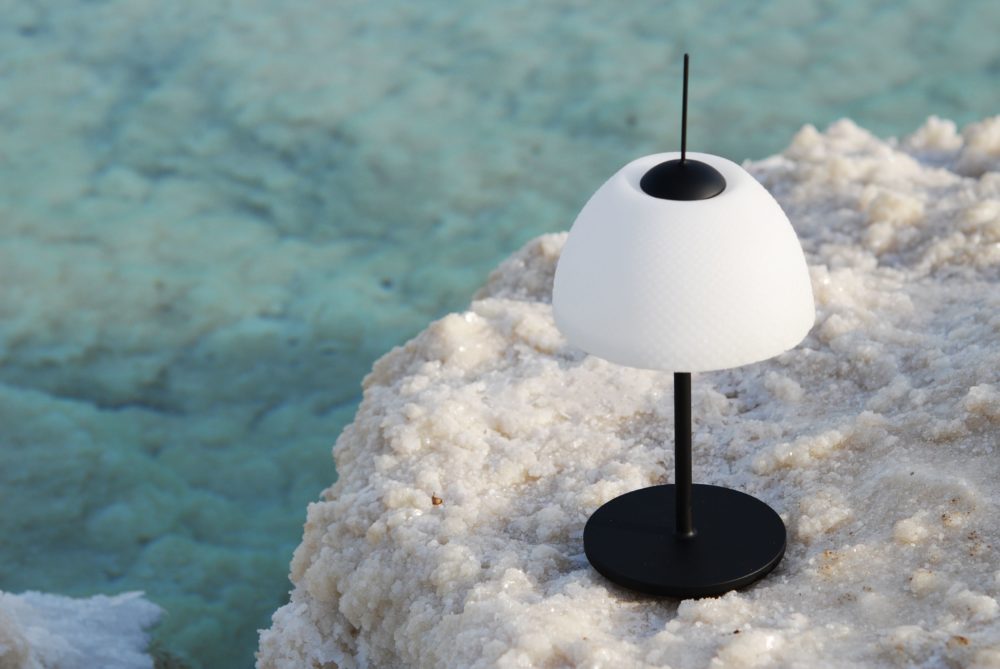 The oceans have always been a great source of inspiration, the view of the wide, blue sea and the endless horizon arouses the longing for freedom, for summer and lightness. Designer Nir Meiri captures this feeling in an artistic way with his new »SeaSalts Lamps«.

Without salt, the most delicious dishes would lack spice, and our body would not be able to function without the vital mineral nutrient. But who would think of this natural product, which consists mainly of sodium chloride, as a component for the construction of lampshades?

Israeli designer Nir Meiri has already worked with other raw materials directly related to the sea. He made his first experiments with sand with his luminaire collection »Desert Storm« (see issue LICHT 10/15). The lampshades are made of the filigree, fine-grained material and receive a stable structure due to their processing. »Desert Storm« was followed by »Marine Light«, a lamp whose green diffuser is composed of layers of dried seaweed. With his current design »SeaSalts Lamps«, the London-based industrial designer now draws from the abundance of water and filters out an elementary component for his luminaires: sea salt.

»I used salt from the Dead Sea and the Mediterranean for these objects,« says Nir. He uses a special technique to produce his white lampshades. He fills a mixture of salt and resin into a casting mould, whereby the salt is slowly absorbed by the material and crystallizes. In the dried state the surface is partly rough and uneven, but with an even, subtle pattern. This becomes particularly clear as soon as the LED light source inside the table or pendant luminaire shines. With his works, the designer wants to point out the importance of the oceans and their natural resources and show how an environmentally conscious use of these resources is possible today.